Deliverance, a work in progress. The finished piece. 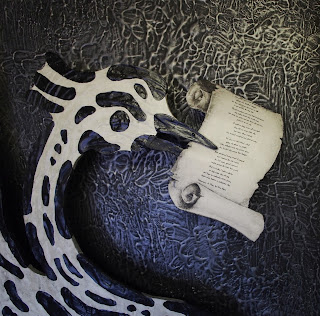 I had already named the exhibition at the Albert Dock Deliverance, and I'd been giving thought as to what I could do for a signature piece. In some respects, I'd wanted the piece to symbolise my own deliverance, as it was my first solo exhibition.
On Wednesday Sept 12th, I had followed the days news quite closely, it was the day the Independent Panel had released its evidential findings. It was an emotional day for most people from Liverpool, 23 years of being denied something that was rightful, covered up and buried by the wrongful, and that day marked the start of the new chapter , justice. A campaign driven by the love of their lost, fought for 23 years with dignity, had finally paid off. Unerring in their goal, the families of the taken had won the first step of their battle.
Many tears were shed that day, including mine, and the events just kept playing on my mind. On the Friday, I found myself a quiet hour when everyone was asleep, and I took out my little notebook. I wanted to jot some ideas for a signature piece, and as I opened the book, I thought of some words and wrote them down......
One proud voice, a son of your city, rejoices the dignified campaign
then I thought for a minute, and added the rest of the poem as you read it today. Well almost, the re-read in the cold light of morning, showed my wifes opinion, that it read stronger without the swearing, was correct.  Other than that, its what came out that Friday evening. I knew straight away that the poem was my Signature piece, and decided the Liverbird I'd painted in 2008 should be the conveyor of the message. 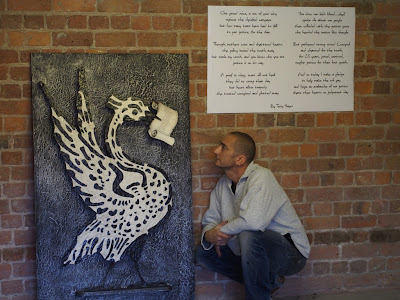 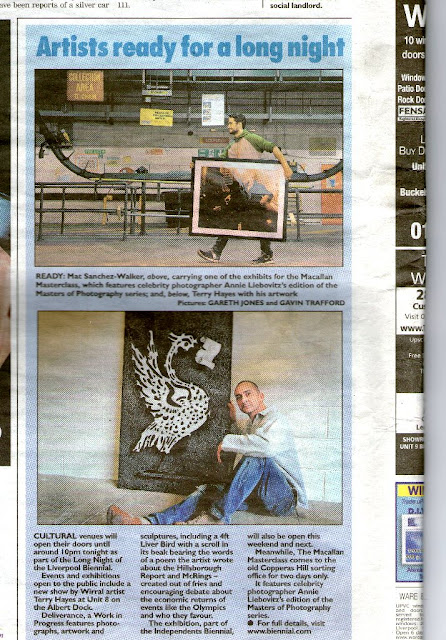 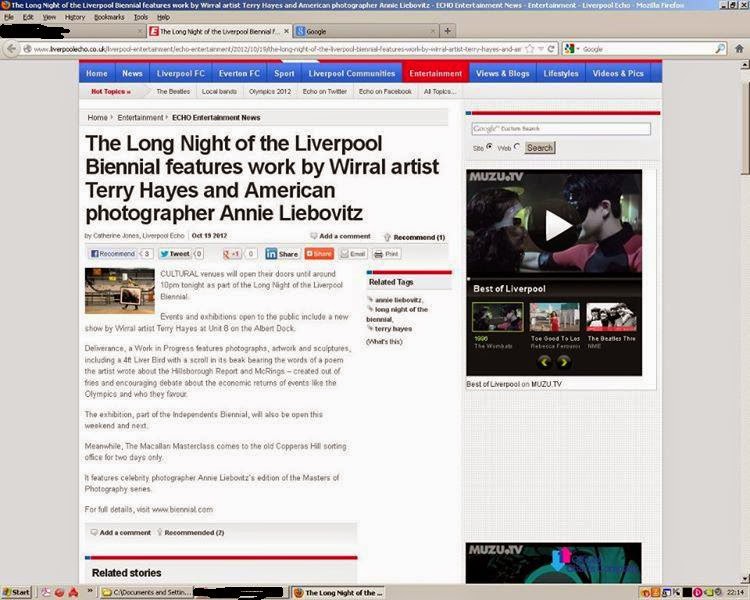 I combined the two, as you see pictured above. The Liverpool Echo printed a great photo on the Long Night, and I was honoured to be one of their two selections for it. The work was received really well. About a dozen people read individual lines out to me and commented on them. They told me how THEY felt, and we chatted about it. Quite a few people asked to be photographed with it too. My wife is always asking me to put my art somewhere else, its scattered everywhere, but she asked me if we can put this at the top of the stairs!  A hit with both the public, and the wife? Now that doesn't happen every day! 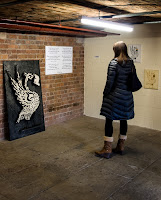 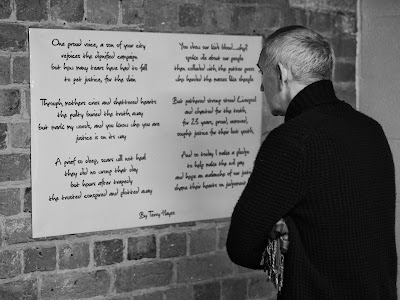