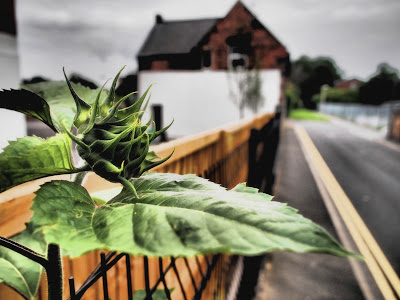 I haven't blogged in months. It's been a difficult year all told, and I got some knocks earlier in the year that set my confidence right back with my art.
It's difficult to know exactly what to do to 'become' an artist, and what circles you should try in. One thing I learned , and a circle I'll be avoiding is the 'Emperors new Clothes' lot. You see, the fact is, I've made a decent living being one to this point. The interiors may pay the bills when I choose to do them, but my art has already been used and paid for by some pretty big names in film and tv. I forget that some of the stuff  I've designed and produced can be seen that way, but the fact is it has and can. I've just looked through a CV that I put online last year, and to be honest, I'll hold that up to all the bullshit artists I've met along my path to 'be' an artist. Fact is, I am one, get over it haters.
I'm experimenting with a finish at the moment for the first sculpture in the series Bluette. The foundry I spoke to said it can't be done, and maybe they're right, but I'll persevere and do it myself, as it will link in nicely with a piece I did for the Butterfly Park in New Ferry. So fingers crossed on that one.
I spotted the sunflower walking the dog Friday. I couldn't figure out how I hadn't seen it before that to be honest, as I walk up that road every day! I put it down to the fact that it's probably been below the metal fence until then. I've no idea how it wound up between the two fences, but it kind of speaks to how I've felt the last few months with life in general and my art, blocked off on one side, and watching the other through barriers. So I'll make sure I get a couple of snaps when it blooms, and I'll try and keep the blog updated a bit more. I really don't give a shit anymore how my art's perceived by those who seek to criticise and mock, I learned who they are, and they're actually a pretty sad bunch! Leave them to it, and I'll keep doing what I do.