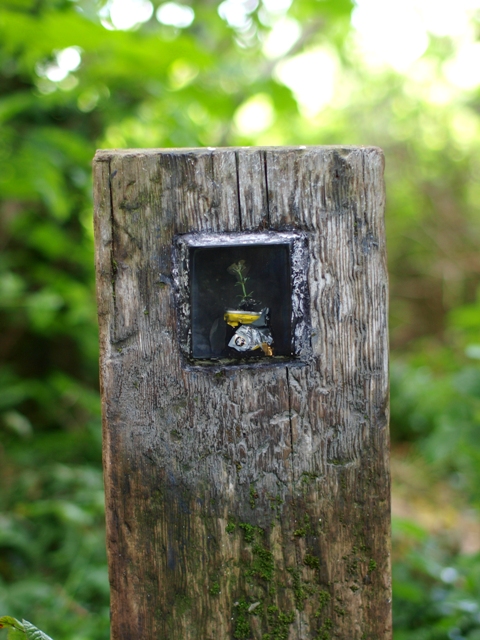 Nature as I have tried to intimate,
is never quite where we see it.
It is a becoming as well as a passing,
but the becoming is both within
and without our power.''

And that quote summed the piece up for me.
The original inspiration came from a run down early 19thC house near mine, which had gradually fallen deeper into disrepair. A neighbour opposite told me the old guy was an eccentric, and he lived in one room only. The house was overtaken with nature quite unbelievably. I photographed it when there were trees growing from the roof, and will present those pictures one day, together with Propagate, and represent the whole story with a sculpture. This will be the first of four sculptures in a series Bluette, and its form will be a starting point of explanation.

We used to call it the blackberry house, we'd go to pick the fruit, and ferret right through the overgrowth . It's been completely restored to original lately. I really miss the jam!
I took some litter from the New Ferry Butterfly Park, among which was a can I crushed into a cube. I grew a seedling from there, and tried to immortalise it 'growing' on the can, representing how nature will always take over anything man-made. Frozen in time within a resin cube, it looks as fresh today, as the day it was cast. Set within a railway sleeper, (the butterfly park is on the site of a former rail-goods yard), the piece is finished with the quote you see above, printed on a found chip wrapper, and clear cast into the form of a found paper plate. Its been happily nestling in, and product of its environment for the last 18 months, and I'm happy its still conveying its message as clearly today as then. 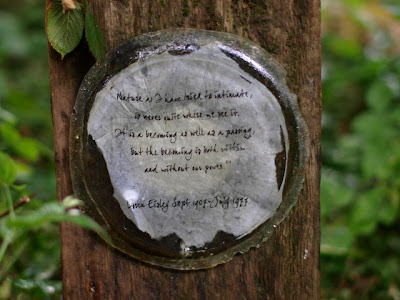 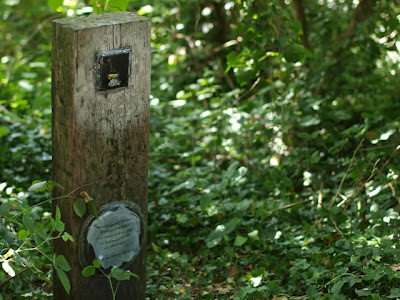 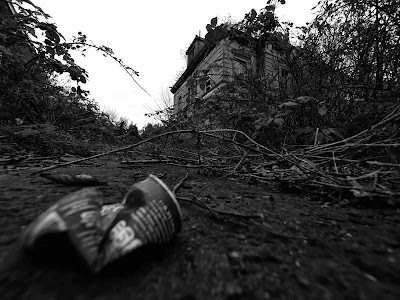 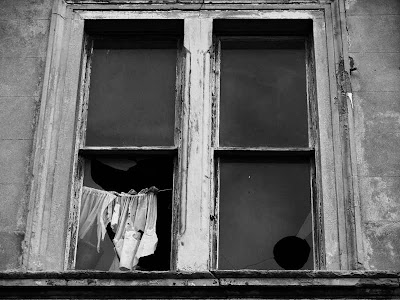 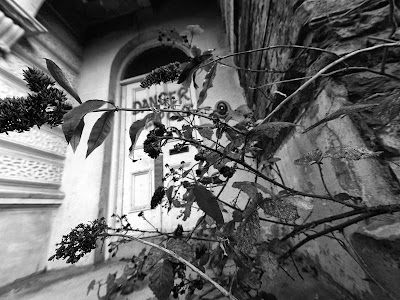